Law 60-2019 known as the “Incentive Code” allows the donor to enjoy its benefits through an annual donation of $ 10,000 to a certified non-profit organization 1101.01 PR and that is on the list of the Comisión Especial Conjunta de Fondos Legislativos para Impacto Comunitario (CECFL) that eradicate poverty in childrens. Techno Inventors meets both requirements which is eligible for a minimum donation of $ 10,000. This makes the donor process easier when choosing a single organization.

If the donor wishes to divide the donation into two separate organizations, could do so as follows:

The first donation of $ 5,000 must be made to an organization that works with the eradication of child poverty and that appears on the list of the Comisión Especial Conjunta de Fondos Legislativos para Impacto Comunitario (CECFL) in the following list https: //www.impactocomunitariopr .org/home.

The second donation of $ 5,000 can be made to any organization of your interest that complies with section 1101.01 (a) (2). This may be the same organization that donated the first $ 5,000, or it may be a different organization.

Techno Inventors is a non-profit institution dedicated to training thousands of students in Puerto Rico. We help children break the cycle of generational poverty, giving them the opportunity to receive the same education as others, giving them access to a high-quality education, expanding their professional opportunities that result in high-paying jobs.

Our focus is on new technologies and inventions. We offer training to young people of all ages since March 2012. Currently, the program includes education in science, technology, robotics, engineering, mathematics, eSports, programming, digital entertainment, creativity, innovation, virtual / augmented reality, and the evolution of the technology education to foster problem-solving skills. Allow participants to be active and practical participants in their own learning.

Your donation will directly help our participants and will be used in the development of educational, recreational, and learning activities. 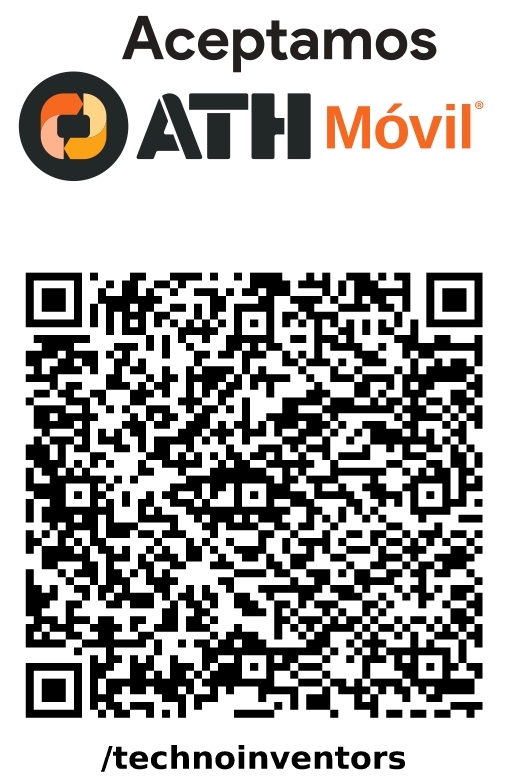 Over 35.000 K-12 students and 8.000 teachers served by our work, motivating interest, study, and research on STREAM-related topics

We support students at Scientific Fairs

We promote motivation in careers related to STREAM and new inventions

Techno Inventors responds to the national urgency, which exists according to graphic studies conducted around the world, where the STEM population in the United States is in a very low position.

The professions related to STEM have an important growth for the next decades. According U.S. Bureau of Labor Statistics, there are about 1,2 million jobs in STEM-related fields. In the United States, although this figure is very high, there is a very worrying detail: only 16% of the graduates expected this year would have studied a related profession. Jobs in these fields are projected to grow 17%, compared to 9% growth for careers in other fields (Department of Commerce, Economic and Statistical Administration, July 2011, United States).

In November 2009, former President Barack Obama established as one of his goals to strengthen and improve the education of K-12 students and teachers and launched his program Educate yourself to innovate, which aims for excellence in STEM education.

In Puerto Rico, the Department of Education has recognized these trends and has aligned itself with this policy, recently including STEM education as an important priority within its new academic standards:

Attention to science, technology, engineering and mathematics has become a high priority for the education system. In the same way, these areas have also become the main source of talent for the industries and the government of each country. This requires a systemic, inquiry-based, student-centered, teaching and learning change that values ​​innovation, creativity, and critical thinking. (Document: Content Standards and Grade Expectations, Science Program, DE, July 2014).

For 2018, it presented its vision on technology integration for levels K-12, which includes, among other things, STEM-focused programs for its virtual libraries, greater access to electronic devices for students, online content and more technology integration in the classrooms. (Department of Education News, 2018.)

Techno Inventors de Puerto Rico has been at the forefront of STEM education since its founding and has established its mission to make this education available and accessible to the underrepresented and low-income. We also have the firm intention of contributing to the eradication of school dropouts in Puerto Rico. For the same year 2018, the Department of Education indicated that the school dropout rate in Puerto Rico is 8.4% compared to the US is 6,3%. It means that it had an increase in recent years.

School dropout can come simply from not providing the educational environment or tools necessary for students from preschool age. Another problem with schools is that many teachers teach in the same way as years ago, where technology had not reached the place it occupies today. The teacher often cannot understand this world and this impairs the learning of his students.

According to the 2000 census, 25,4% of the Puerto Rican population aged 25 and over had not completed the ninth grade, representing almost two-thirds of those without a high school diploma. Regarding educational level, 20,9% of those surveyed (20.335) in a survey conducted by the newspaper The Puerto Rico Spokesperson, had primary education, another 18,6% had a high school diploma, and 39,5% had graduated from high school. Some 1.239 people surveyed said they had no education. While the school dropout rate in poor communities in Puerto Rico was 46,1%. Unfortunately, these figures have not changed 13 years later. In 2013, the dropout rate in Puerto Rico was around an impressive 40% (NotiCel, December 03, 2013).

According to the Institute for Youth Development, 7,5% of children and young people between the ages of 3 and 17 are not enrolled in school. (youthpr.org), to which is added that 56.7% of children and youth in Puerto Rico live below the poverty level. We all know that low levels of schooling are linked to high unemployment, which in turn tends to a higher crime rate.

In the book "Profile of Violence in Puerto Rico: 1984-2004" published by the College of Physicians and Surgeons, the data establish that 98% of the boys in juvenile institutions dropped out of school and it is shown that 88% of this group consumed illegal drugs before entering said institutions.

All these statistics clearly demonstrate the need for STEM education in Puerto Rico from the primary grades to ensure the growth of our economy and the inclusion of our population in emerging trends and global economies.

The project presented by Techno Inventors seeks to address two important areas previously raised and documented: promote and encourage STEM education, and contribute to the eradication of school dropouts making available to children and young people, new and easy ways to learn, applying the knowledge acquired to everyday life.

It also has specialized personnel to coordinate and develop projects that meet the needs of the participants. We design our creative and investigative work plan aligned with the standards of the PR Department of Education. We provide our services where necessary and include materials and equipment so that participants can develop their projects.

These programs are offered at:

Institutions that believe in our promise. 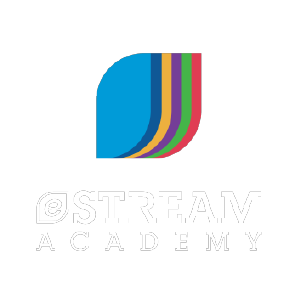 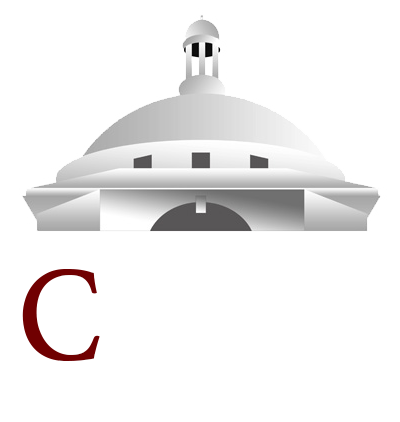 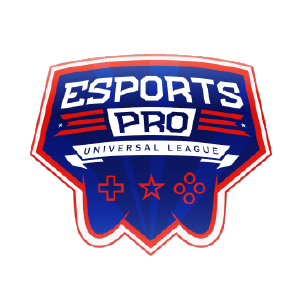 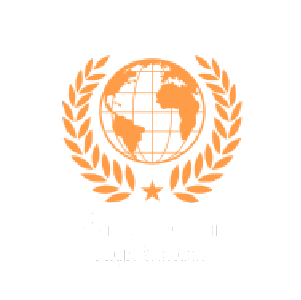 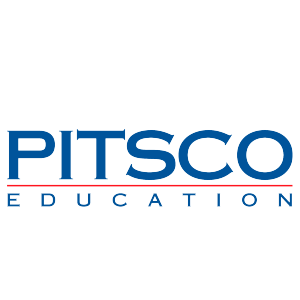 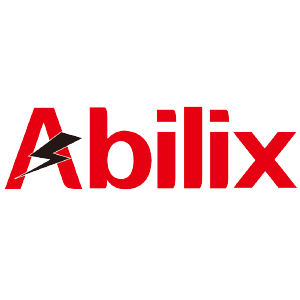 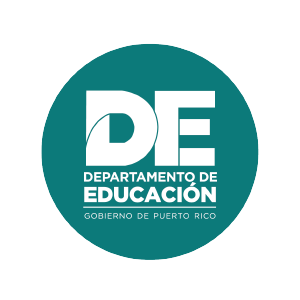 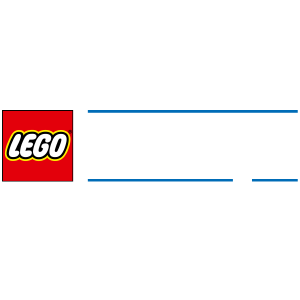 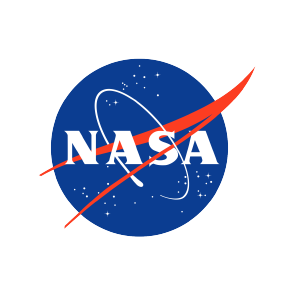 If you are an American citizen or resident who loves the sun, Caribbean culture and generous tax benefits, and also understands the need to impact youth and adults from low-income communities by improving their skills in STEAM, Engineering, eSports, Robotics, Automation and Technology you're in luck: Puerto Rico offers a multitude of lucrative tax benefits to US citizens and residents.

The most popular are Law 60 of Export Services (previously Law 20) and Law 60 of Resident Individual Investor (previously Law 22), with thousands of decree holders who have collectively saved millions during the years in which the incentives have been in force.

The tax benefit of Law 60 of the Resident Individual Investor is aimed at people with a high net worth who are willing to move to Puerto Rico in exchange for a tax rate of 0% on income from interest, dividends and capital gains. To benefit from the incentive, the holder of a decree must meet certain criteria, including establishing residence in good faith in Puerto Rico and submitting an annual report to maintain compliance.

Another important condition that individual resident investor decree holders of Law 60 must meet to enjoy the 0% tax rate on capital gains is an annual donation of $ 10.000 to non-profit organizations that meet the requirements in Puerto Rich.

Holders of Law 22 are only required to give a donation of $ 5,000, but holders of the decree of Law 60, which was signed in July 2019, replacing Law 22, must donate double the amount. The holders of the decree can freely choose the organization to which they donate as long as it meets the requirements of the government of Puerto Rico.

All those who submitted their request for this tax decree after July 2019 are subject to the new rules of Law 60 of a donation of $ 10.000. Eligible non-profit organizations are subject to the same rules as Law 22 decree holders: they must operate within Puerto Rico and not be owned or operated by the donor, their family, or their partner. Law 60 decree holders must also make their donation before December 31 and demonstrate their donation in their annual report in May of the following year.

Like in Act 22, Act 60 decree holders also generally have free choice of where their donations go, contingent on a few conditions. The first $5.000 is earmarked for a nonprofit listed by Comisión Especial Conjunta de Fondos Legislativos para Impacto Comunitario (CECFL), which updates its list of nonprofit organizations yearly.

Despite the annual $10.000 donation requirement, the Act 60 Individual Resident Investor tax benefit can result in significant tax savings for decree holders. Many decree holders also fall in love with Puerto Rico upon their move to the island and enjoy their days on the beach under the Puerto Rican sun while reaping the benefits of Puerto Rico’s lucrative tax incentives.

If you already have an Act 22 decree, your donation obligation hasn’t increased. As long as you donate at least $5,000 to (Techno Inventors, Inc.) a Puerto Rican nonprofit certified under Section 1101.01 (a) (2) of the Internal Revenue Code of Puerto Rico, you have satisfied the annual donation requirement for Act 22 maintenance. The nonprofit must not be owned or controlled by the decree holder, any of their relatives, their spouse, or their partner, but otherwise, decree holders have free choice of which organization to donate to.

To be compliant with the regulations, you must make the donation before December 31 of each year. In your next annual report, filed each year in May, you must attach evidence of your donation, thereby demonstrating compliance.

Contact Us
Open chat
1
Techno Inventors, Inc.
Hello! We help you choose the course that best suits you.